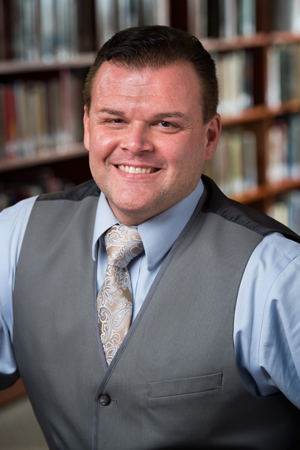 DR. MATTHEW CROSSTON, Modern Diplomacy’s Executive Vice Chairman and American Military University’s Senior Doctoral Faculty in Strategic Intelligence and Global Security, is a modern iconoclast dedicated to evolving thought beyond the "cold war pathology" currently plaguing Russian-American relations and bringing bring a fresh approach to understanding Russia foreign policy and global positioning. Few people have careers in Russian studies longer or more distinguished than that of Dr. Crosston. His love of the post-Soviet world began twenty-seven years ago while studying abroad in the previously closed military city of Tambov and continued with an undergraduate degree in Russian studies from Colgate University, a master’s degree from SSEES–University College London, a PhD dissertation that focused on Russia at Brown University, scholarly collaborations with the Moscow State Institute of International Relations, and global service as executive director of the East–West Fund for International Education.

He has also founded the Russian Provincial Politics Summer Study Abroad Program while part of the Political Science Department at Clemson University and been a regular contributor to the international analytic center Rethinking Russia, as well as being the first American analytical blogger for the Russian International Affairs Council. Dr. Crosston’s previous books include Shadow Separatism and Fostering Fundamentalism, which focus on his unique research specialties: international security and intelligence across the post-Soviet space, with an eye to the problems of democratic consolidation and fighting radical jihadist extremism.

Learn more about Dr. Crosston’s work and read his latest articles at Academia.edu.

Why is it important to read a book about Russia?
"There has always been a joke about Russian relevance for diplomats, politicians, and academics. Mainly, it warns us to never think Russia will ever remain ‘irrelevant’ forever. One way or another, and history shows us usually in a way that is globally-impactful, Russia always returns back to the international stage demanding attention and significance. We forgot that lesson by the late 1990s when Russia seemed to be nothing but a corrupt failed democracy. Shame on us. Events like Syria, Snowden, and the 2016 American presidential elections prove we should not have forgotten our history or our inside jokes."

You criticize how the US government has formulated its foreign policy toward Russia, going back several Presidential administrations. What is the essence of that criticism?
"In short, we suffer from a ‘Cold War pathology,’ where we simply cannot comprehend any Russian initiative or maneuver that isn’t framed entirely by some innate desire to ‘return to the glorious Soviet past.’ I have shown in this new book how awkward, inaccurate, and dangerous that position is, as it blinds us to real Russian motivations and robs us of opportunities to lessen conflict and increase cooperation."

What do you think most Americans get wrong about Russians?
"There are many things but perhaps the most profound and which best encapsulates all of the details and anecdotes under one umbrella is this: one of the biggest reasons Americans and Russians always find themselves at odds in politics is because of just how much alike they are as people at the street level. Most in America would find this shocking but it is true. So much of our tension on a social level comes from the fact that we have so many shared ‘cultural personality’ traits."